When we found out that Hi-Fi Brewing Company in Redmond, WA had vintage Klipsch speakers, we knew we liked the place. When we heard the story about their Klipsch Cornwalls and the brewery’s mission statement, we knew we loved them.

Straight from the brewery’s website: “Just as the high fidelity recording techniques developed in the 1960s aimed to recreate–as accurately as possible—the original live musical performance, Hi-Fi Brewing is dedicated to producing beers that are the truest expression of the brewer’s art. Each beer is a faithful rendition of the top-quality ingredients that make it and the passion of the brewing team.”

Now, that’s something that speaks to our soul.

Paul W. Klipsch started making speakers in 1946 because he wanted to bring the live orchestra to the living room and didn’t think anyone else’s products were doing justice to the original performance. Since then, each and every speaker we have made has been a testament to his legacy and we love to hear of companies who do things the same way. 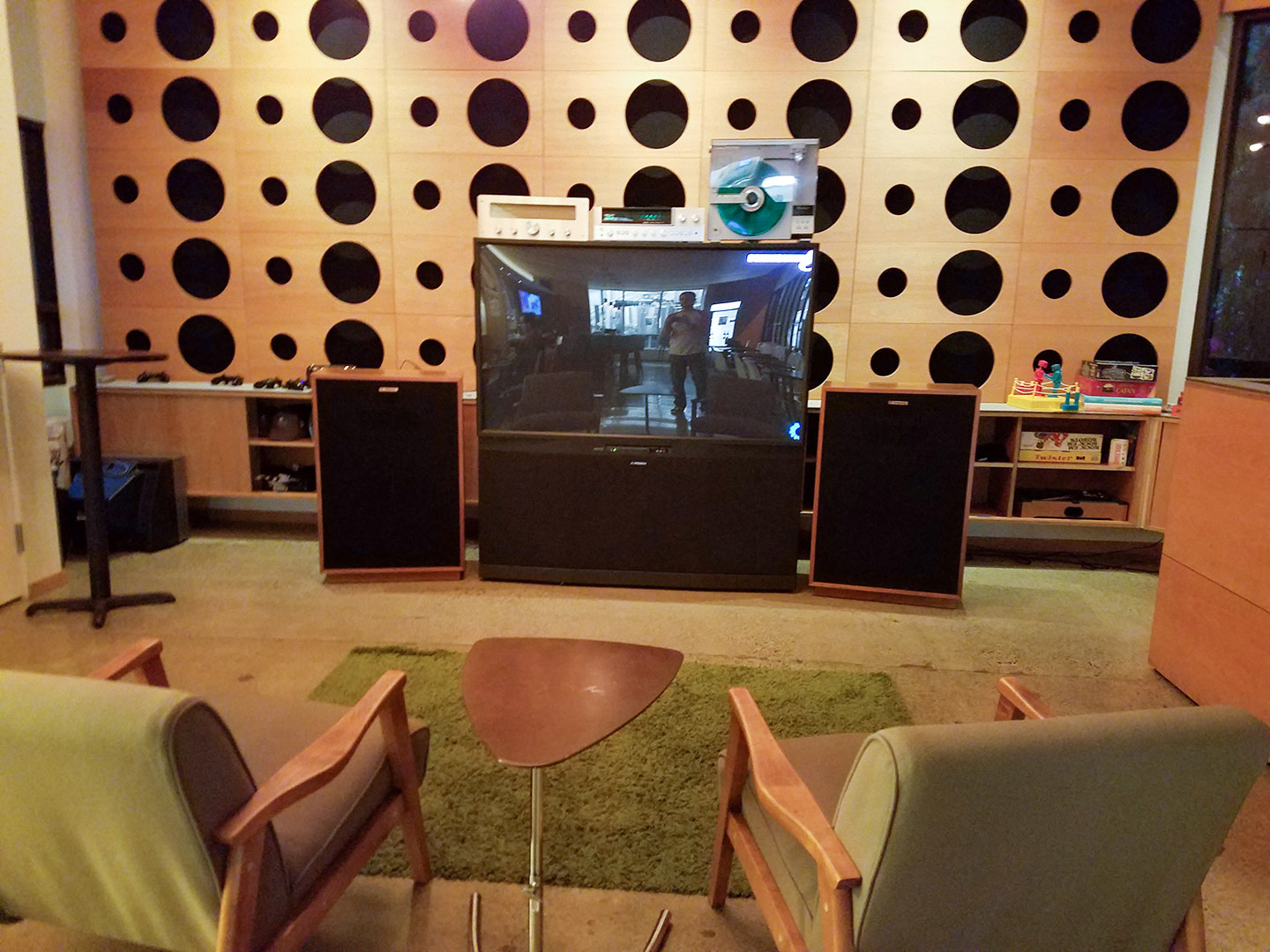 The Klipsch Joint spoke with founder Ryan McGee on how the Klipsch Cornwalls came to their brewery and how they play a critical role in the brewery’s success.

Back the summer of 1980, McGee’s partner Joe Rovito was eighteen years old and had just finished his freshman year in college. At the time, minimum wage was a mere $3,35, but as McGee said, Rovito was “lucky and talented,” so he scored a job as a millwright at The Chrysler Corporation, making $13,37 per hour.

Rovito worked three 70-hour weeks (with overtime) and promptly “blew it all on a Stereo.” He paired a pair of Klipsch Cornwall speakers that cost $1.240 with a Mitsubishi LT-5V vertical turntable, matching FM tuner and a Hafler 200 watt per channel amplifier.

“His mother wasn’t thrilled, but when he got back to campus he could play ‘Dark Side of the Moon’ and have it be heard clear across the quad,” McGee said.

In 2013, a full thirty-three years later, Rovito brought those speakers (along with the accompanying now-vintage gear) to Hi-Fi Brewing where he and McGee are co-owners. The speakers didn’t simply come along for the ride, though.

McGee said, “The Cornwalls have become the focal point of the taproom. We get compliments every day on how great they sound.”

These guys are serious about their audio performance, as they use the speakers (now powered with a Sansui receiver) for playing vinyl or as a PA for their monthly comedy night. So serious, that they have outfitted the wall behind the speakers (see photos) with acoustic panels through the round cutouts. On the opposite side of the taproom is a set of massive floor-to-ceiling windows looking into Hi-Fi Brewing’s new 15-barrel brew house.

“We have a nice live-end, dead-end setup for the Cornwalls to play in,” McGee said.

These are our truly kind of guys.

Have you seen Klipsch speakers in a brewing, restaurant or other establishment? Let us know in the comments below.