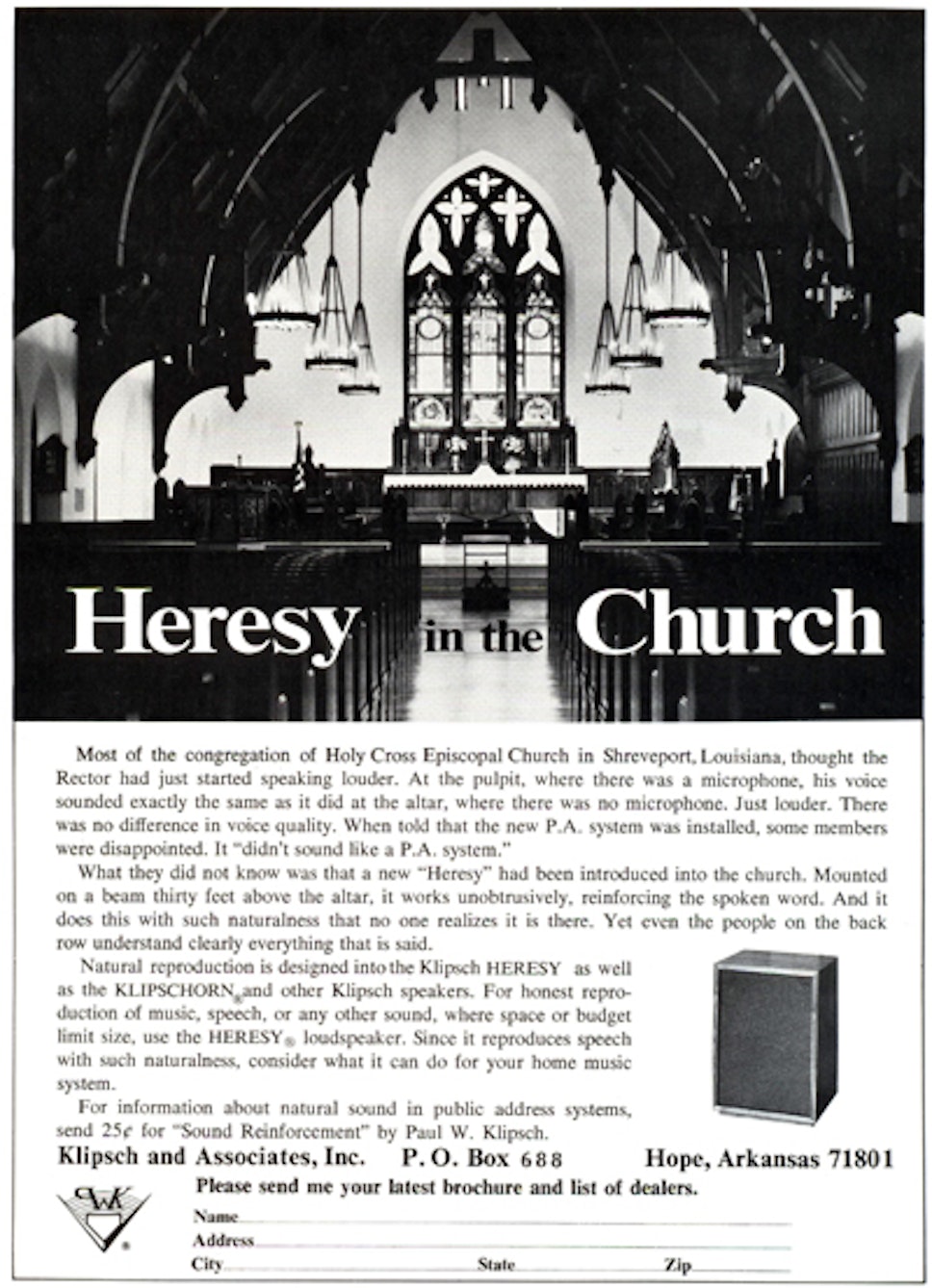 From the earliest records we have, Paul Klipsch was solidly involved in Christianity. Paul’s father, Oscar Colman Klipsch, had a good Bass voice, and used it frequently in church choirs. When his tuberculosis forced the family to move from Indiana to the Southwest, times became tough. Paul was not able to attend school regularly, and classified himself as a “miss-fit.” His mother, Minna Pearl Eddy Klipsch, was struggling to get her teaching degree. During these years she used the Bible to teach reading fundamentals to young Paul.

After his father died in 1916 (Paul was 12), he and his mother moved to Silver City, NM. It was difficult for Paul to get to the Methodist church regularly, so Paul attended an “adobe non-denominational church” out of his own desire. This is likely where his love and respect for the Pueblo Indians began. Years later he befriended Dr. C. S. Defandorf (Doc), who became possibly Paul’s most respected “man of the cloth.” Dr. Defandorf was certainly among those “very few” mentioned in the 1965 letter below. It was Defandorf* that worked with the Pueblo Indians and accompanied Paul on many visits with the tribe. But this is another story...

Much has been written about Paul’s “pew vaulting,” and his taking notes during the sermon so as to properly grill the minister afterwards. For some lesser-known aspects, Paul speaks for himself.
In 1947 Paul wrote to his mother:

“I have been scheduled for my talk in Texarkana for next Sunday morning at 10 AM. I don’t like the idea of that hour at all. However, I am thinking of using the “Lord’s Prayer” sung by John Charles Thomas as the opening “demonstration number”, and may be able to do some small good with the Godless present with that introduction. But I still don’t like the idea of scheduling a program of that sort at such a time that it precludes church attendance.”

When asked for biographical information in 1956 he wrote of himself:

Just why the Almighty singles out some individual of questionable moral quality to carry some particular burden is not for us to know. Seems, though, history is full of such examples. If my course in the past was by divine inspiration, my prayer is that I can carry out the resulting obligation. If this entails waging war on the quacks and sharpies of the fringe of the art, I pray for strength and guidance, for I’d rather work than fight.

Then in a 1965 letter to a college classmate who had revealed his son was going into the ministry, Paul wrote:

Some parents think of the Ministry as the highest calling. Some Hebrews make all sorts of sacrifices to encourage the choice. Personally I feel “the Ministry” as practiced merely classifies the breed as a bunch of preachers with liturgical whine in the voice and a high floating attitude. When you do find a “preacher” that is plain human in character with the expected high ideals, he is really something – I have known a very few like that and my life is richer for it, but the run-of-mill preacher is just another soporific – and I’ve known too many of them. It is a shame that the preachin’ schools seem to instill the “plicia vocalis epectasis” (hog-latin for liturgical whine) and the minute a graduate hits the pulpit his voice gets into my feedback loop and the servo mechanism turns off my hearing aid. I can usually keep apparently awake by working on a mathematics problem. Try to steer Kenneth away from the funereal style or the high-mass sing-song!”

Definitely a man of convictions! 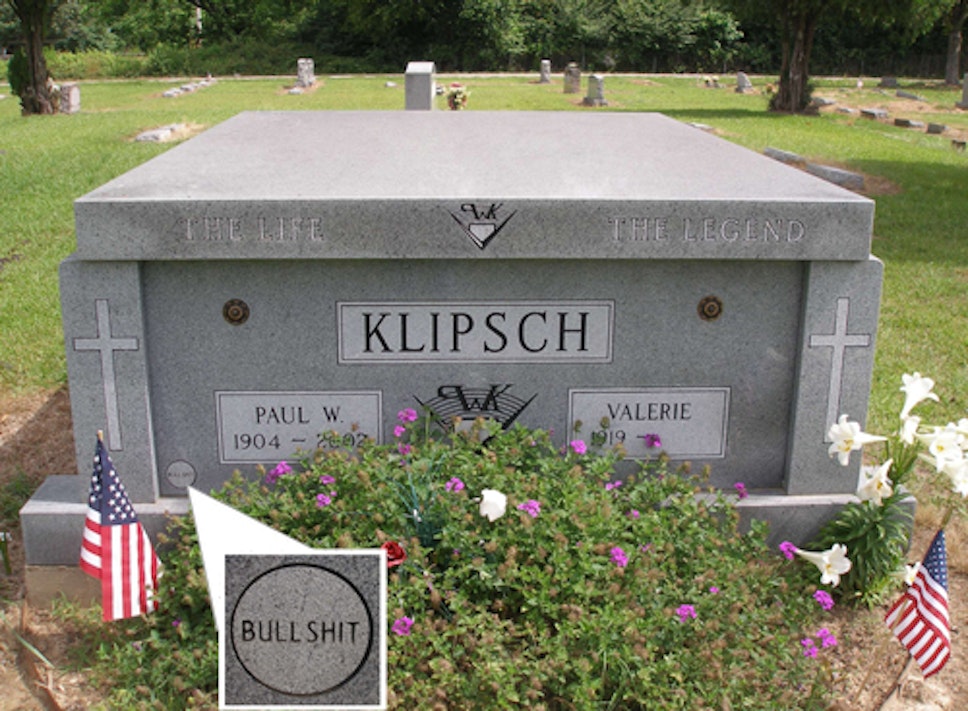 As mentioned earlier, Paul’s first formal affiliation was with the Methodists. By the 1950’s he had joined the Presbyterians, allegedly because they had the best pipe organs. Eventually he was honored by the offer of a Deacon’s position. As part of his preparation, he was given the appropriate church materials to study. When he got to the predestination section, it was a deal-breaker. Paul firmly believed that a person was capable of guiding their own destiny, and went shopping for another church. He then landed in the Episcopal camp. He married Valerie Booles at St. Mark’s in Hope, AR in 1976, and also donated the organ some years later.

When asked about his “nomadic Christianity” he would recount:

They say that the Salvation Army will pick up a man out of the gutter and turn him over to the Methodist church. They will dry him out and get him a job and then he meets some nice folks at the Presbyterian church and they invite him to come over and visit. And he does, and he joins. And the same thing happens at the Episcopal church, and when they get through with him, he’s ready for the gutter again.

On February 9, 1960 Paul established the “Paul W. Klipsch Student Loan Fund” at his alma mater, New Mexico State University, in the sum of $1000. As a condition of participation, the candidates must profess a belief in, and practice of, a religion claiming “a supreme being.” As Paul clarified it:

I do not wish to discriminate between Methodist or Muslim, Baptist or Buddhist, Catholic or Jew. As a Freemason I was taught that freedom of religion was part of the creed.

This scholarship fund has grown exponentially (imagine that!), and is carried on today by Paul’s widow, Valerie Klipsch.

Finally, even the traditional Klipsch PWK logo contains Biblical meaning. The seven arcs connecting the “V” represent sound waves emanating from a corner. The number seven* was chosen because it has repeated significance in the Bible…in particular from Genesis 41, the seven good years and seven lean years. This prophesy allowed Pharaoh to weather the coming famine.

Many feel that science and religion are mutually exclusive. PWK definitely did not.

*While there is no proof, it is interesting to speculate how these numbers applied to PWK. Paul had seven “good” years in Houston working in the oil prospecting industry (1934-1941). The PWK logo was first used in our literature in 1955, which happens to be seven years after he established a manufacturing facility (1948). Those were pretty “lean” years. However, there was also a seven year stretch between these two that could be considered “lean”.